Home » TECH » Manta 7X ... the first smart phone without any physical buttons at all

Manta 7X ... the first smart phone without any physical buttons at all 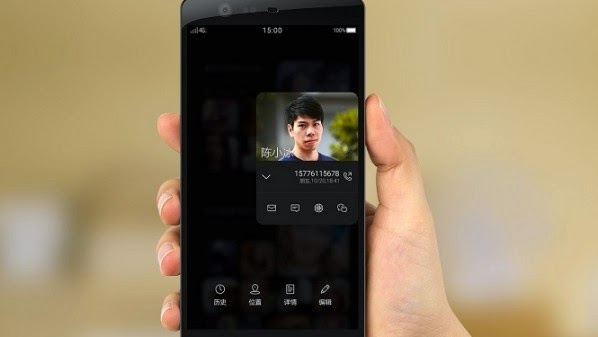 Chinese Manta company officially launched smart phone Manta 7X, which was to talk about two months ago and was said to have the advantage of being does not contain any buttons, as in the rest of smartphones.

The phone supports "Manta" new control by the Smart Border feature, the sensors are present on both sides of the phone are able to identify the place of repositioning thumb.

Show when you touch sensors list includes a number of tasks, such as the Home screen, and the phone application, messaging, camera, photo gallery, and settings, as well as volume control. It seems that the user will be able to choose from by passing the thumb to the desired option.

Phone "Manta 7 X" is now available for pre-request on the company's site, is scheduled to ship the machine to start within two weeks at a price equivalent to US $ 650.

With regard to the rest of the specifications, provides the phone's display of production Sharp measuring 5.5 inches and accurately 1920 × 1080 pixels, it also offers 2 GB of RAM, and 32 GB of internal storage, in addition, the device includes a quad-core processor of the type "Qualcomm Snapdragon 801 "frequency of 2.5 GHz.

The advantage of "Manta 7 X" as waterproof and dust according to the criterion of "IBM 55" IP55, it also has two cameras front and rear precisely 13 megapixel for both of them with Sticky optical OIS image and wide viewing angle of 88 degrees and aperture F / 2.0.

The phone also features a battery with a capacity of 4200 mAh / hour, the company says it is enough for about 35 hours of talk.
On the software side, the phone works MO7 OS platform bearing the name Manta company said it was a modified version of version 4.4 "Kit Kat" of the Android operating a subsidiary of Google's system.